The town of White Springs sits on the eastern shore of the Suwannee River in the southeastern corner of Hamilton County. Today the town is a quiet, sleepy community with a population of less than a thousand. While the annual folk festival draws thousands to the Stephen Foster Folk Culture Center State Park on the town’s edge once a year, on the average day the streets and the park are fairly quiet. However, things were once quite different.

The Timucuan tribe, the first recorded residents of the area (as documented by Spanish explorers of the 1500s), considered the springs to be sacred and to contain healing properties. While European settlers displaced the Native Americans who once called this area home, they retained the local belief in the healing powers of the springs. Plantation owners Bryant and Elizabeth Sheffield purchased the property in the 1830s, and were the first to market the springs' purported health benefits, including treatment of nervousness, kidney disease, and rheumatism. They named the springs Upper Mineral Springs and constructed a log springhouse and hotel. For this reason, the springs are considered by many to have been Florida’s first tourist attraction. 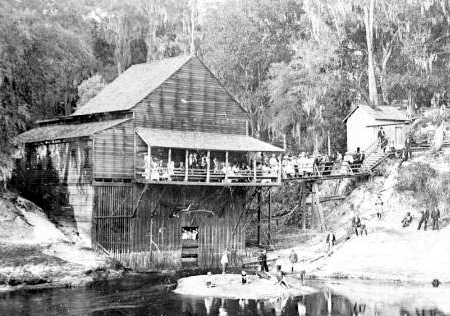 The original springhouse, photographed in the 1890s (source)

The Civil War and the following Reconstruction period stifled the town’s burgeoning tourist industry. However, the 1880s saw the beginning of a massive influx of tourists to Florida for the purpose of “taking the waters” at various high mineral content springs throughout the state. (I have written previously about such tourist destinations as Suwannee Springs, Worthington Springs, and Hampton Springs.) At this time, the springs and the community which had sprung up nearby were renamed White Springs. The connection of the town to nearby rail lines spurred the growth of the town’s tourist industry. In 1903, the spring was enclosed in a three-story bathhouse constructed from coquina and concrete; the bathhouse contained changing rooms, doctors’ offices, concessions facilities, and even an elevator. Fourteen luxury hotels, numerous boardinghouses, and all the amenities of a modern community of the time sprang up around the springs. 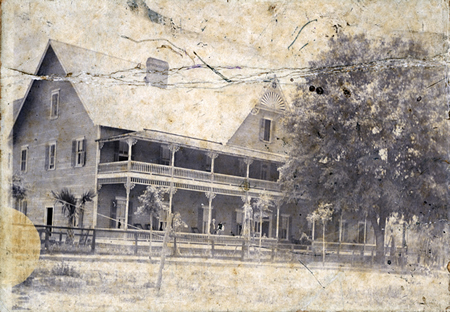 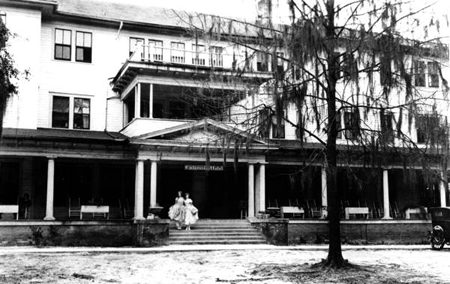 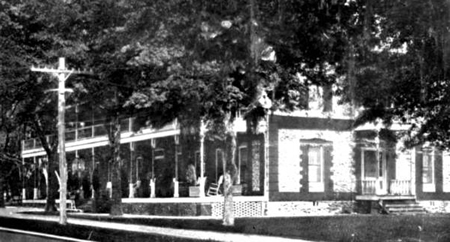 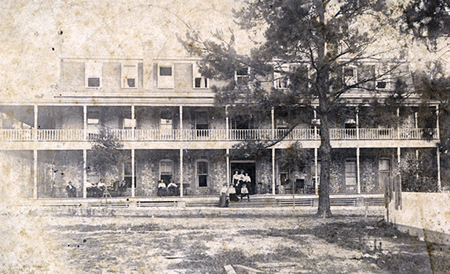 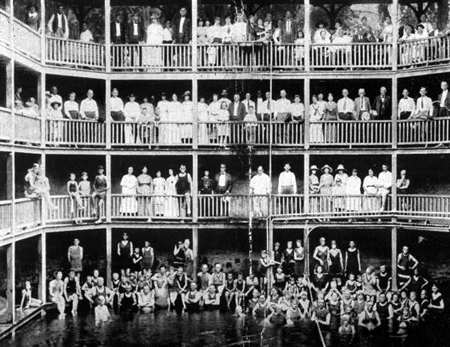 Interior of the springhouse, ca1910 (source) 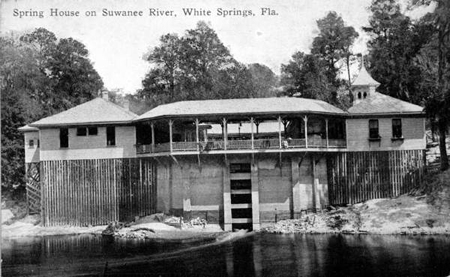 Exterior of the springhouse, 19?? (source)

Today, only one of the fourteen hotels remains (and it is closed and up for sale at the time of this writing), and few of the community’s “downtown” structures remain. The spring itself stopped flowing in the mid-1990s, although in recent years heavy downpours have triggered short periods of spring-flow. The springhouse, located adjacent to the entrance to the Stephen Foster Folk Culture Center State Park, can be explored to this day, although it is now only one story, and a shadow of its former glory. 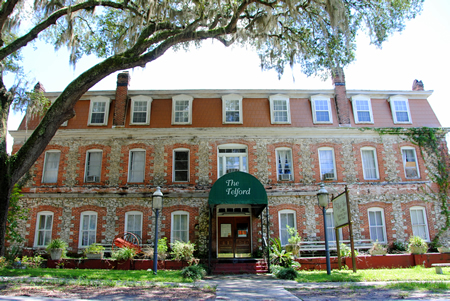 Telford Hotel, currently closed and for sale by owner 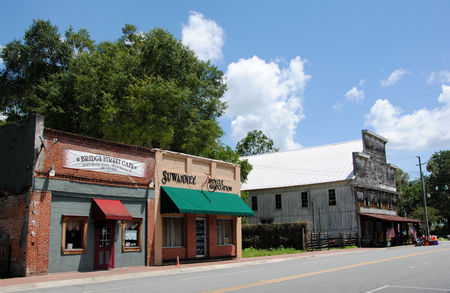 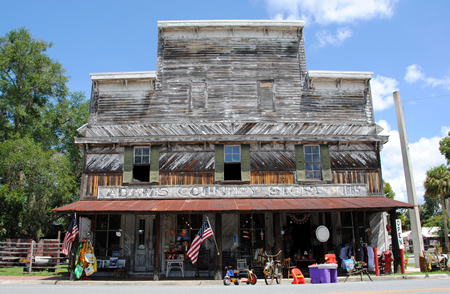 
Many of the town's old homes are still maintained and inhabited: 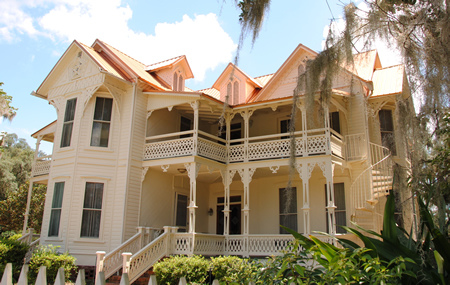 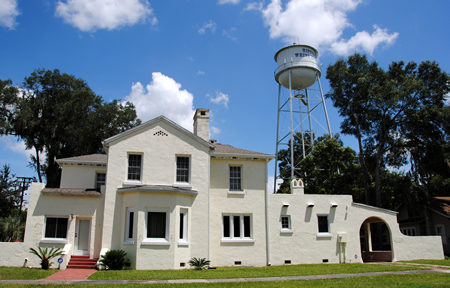 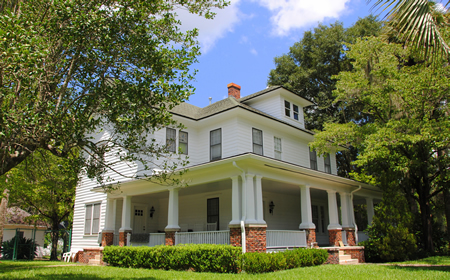 Although there are also plenty of abandoned structures: 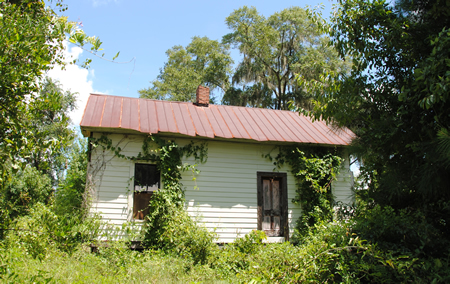 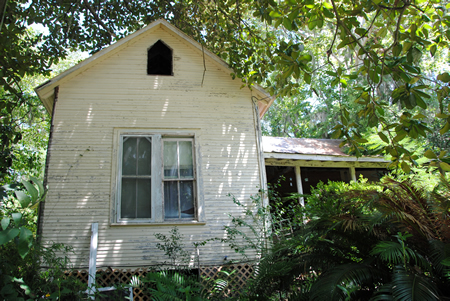 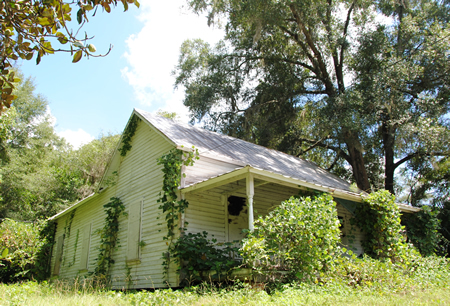 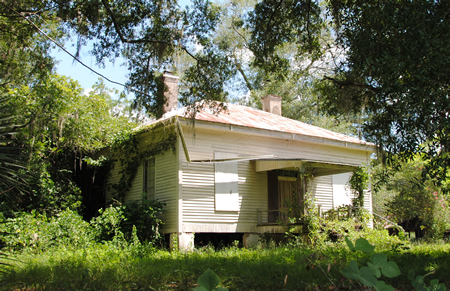 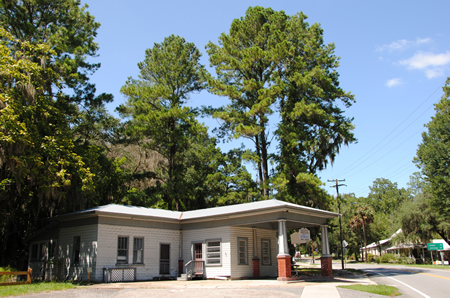 The Riverside Filling Station, built in 1914, was recently the site of the White Springs Public Library, although from what I can tell the building now sits empty, except for the books piled inside. 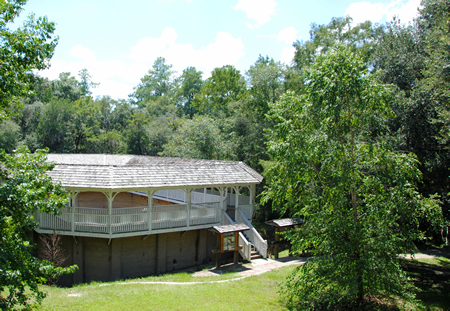 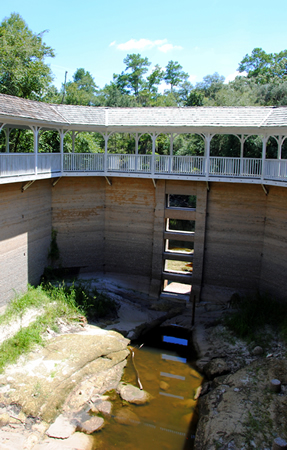 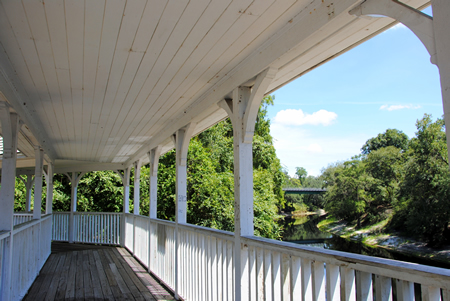 Looking out from the walkway over the Suwannee River 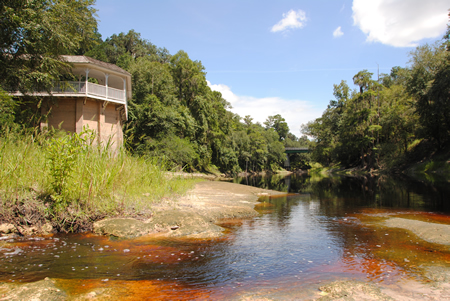 The springhouse as seen from the Suwannee River 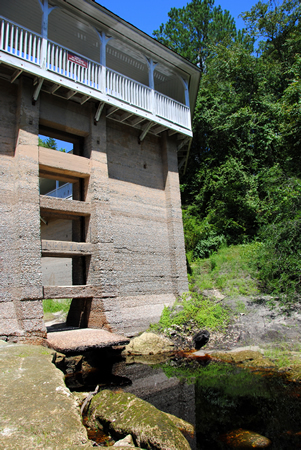 The exterior of the springhouse where water once flowed out into the Suwannee River. A gate system could once be closed at this location to prevent backflow from the Suwannee entering the spring during periods of flood. 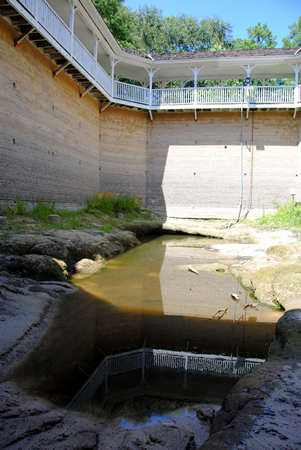 The interior of the springhouse as seen from inside