Wellborn (pronounced well-bern), is a tiny community located in the northeastern corner of Suwannee County, first settled in 1830 by plantation owner George E. McClellan. He initially named the settlement Little River, and the name 'Wellborn' didn't appear until roughly thirty years later. In the late 1850s, the Pensacola and Georgia Railroad Line, which connected Jacksonville and Tallahassee was constructed. It ran east-west across north Florida, and passed directly through the area of Little River. Louis Wellborn DuBois, a civil engineer who was involved in the construction of the rail line, purchased 240 acres comprising Little River, which he surveyed, platted, named Wellborn, and began to sell. Given its location along the rail line, the plats sold rapidly, and the town began to grow.

Wellborn's first post office was opened in 1860. Within forty years, the population of Wellborn and the surrounding area had burgeoned to approximately 250 families. While farming was the major industry of the community, the town at one point also boasted "grist mills, cotton gins, general merchandise stores, board houses, saloons, physicians and drug stores, blacksmiths, coopers, shoemakers, livery stables, sawmills, and a millinery" (source). Trains from nearby White Springs brought lumber to market via a spur which connected to the Pensacola and Georgia Railroad Line at Wellborn; livestock, cotton, and vegetables from the Wellborn area utilized the railroad to reach a wide range of markets. Wellborn was also the first town in Suwannee County to have streets paved with bricks. 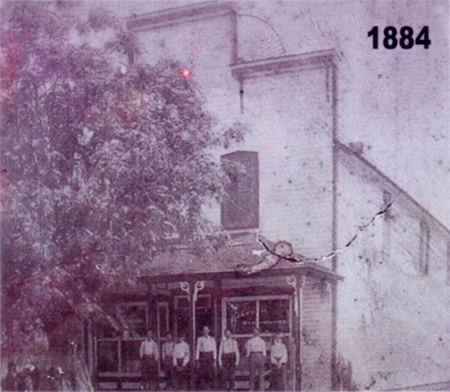 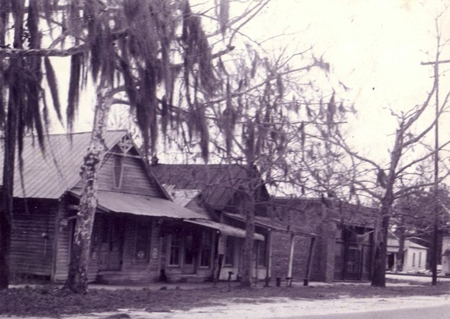 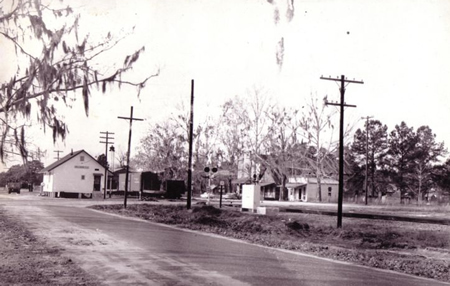 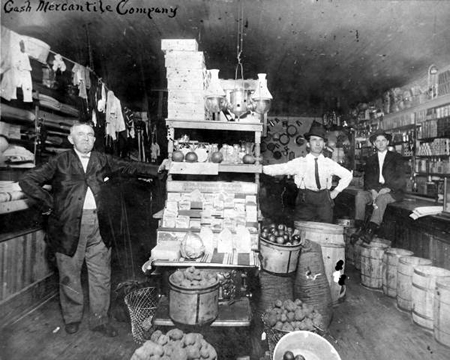 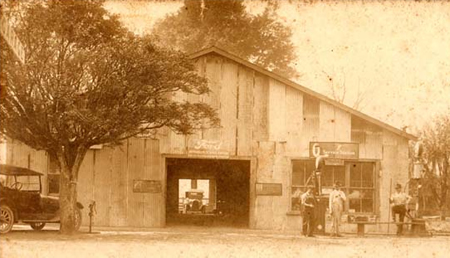 
But, as with many communities which thrived at the turn of the twentieth century, Wellborn, too, fell into decline. When residents of Suwannee County chose their county seat, they chose the town of Live Oak. Wellborn was bypassed by the major highways and interstates of north Florida, and travel and shipping via the rail network decreased. Today, Wellborn is a sleepy, desolate rural crossroads. 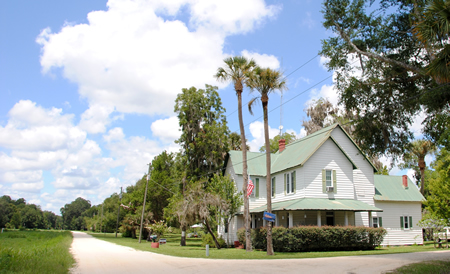 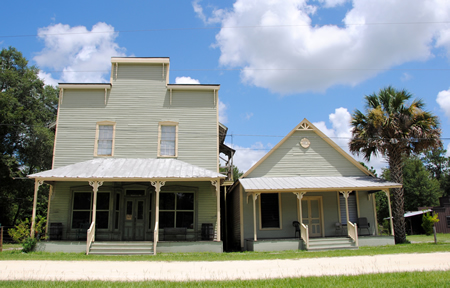 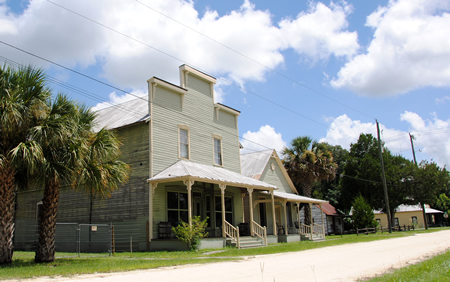 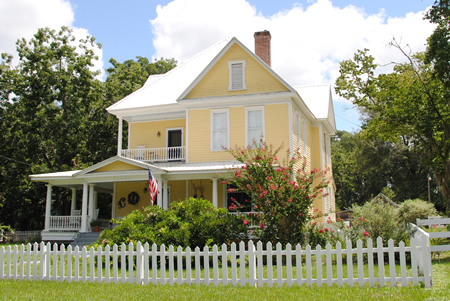 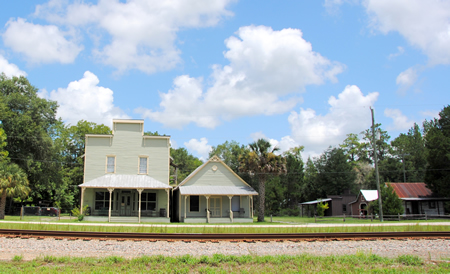 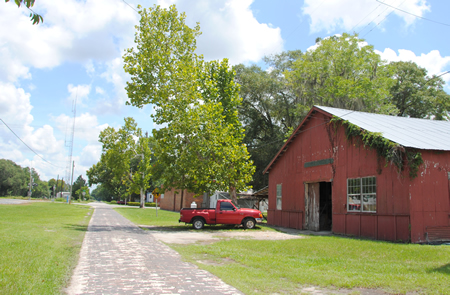 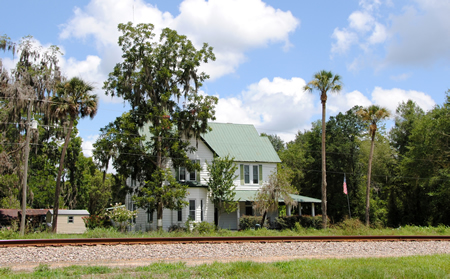 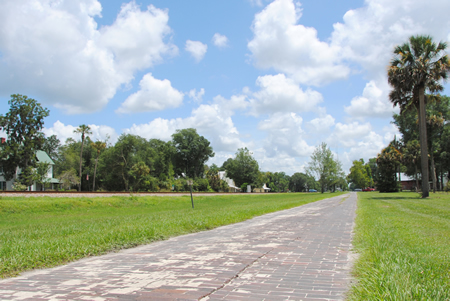 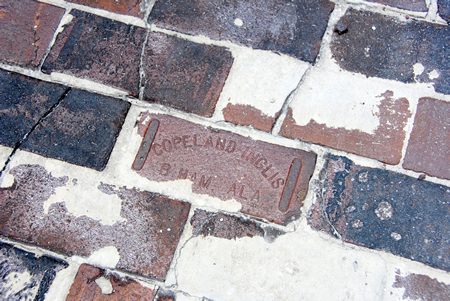 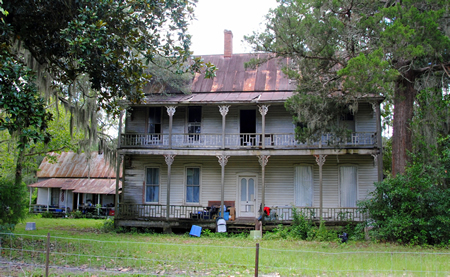 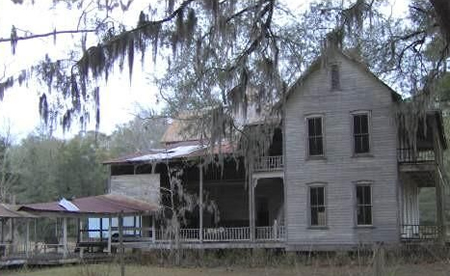 Side view of the above house from the realtor.com listing 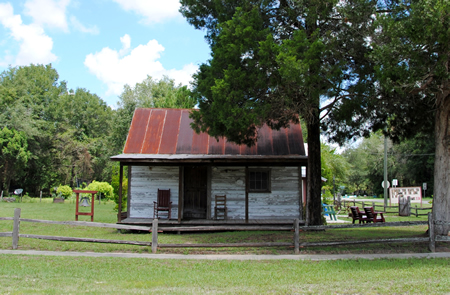 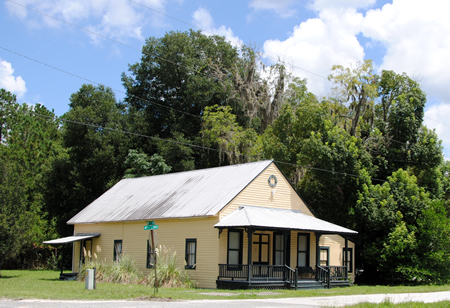 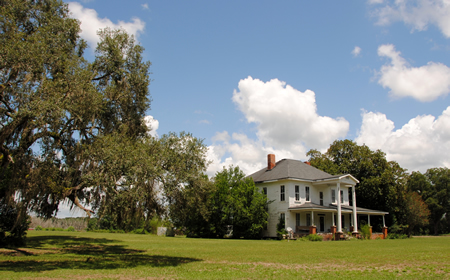 While not in Wellborn proper, this house is located not far to the northeast of the town.

For more information on Wellborn:
A look at Suwannee's Past: Wellborn
Suwannee Past: Wellborn Part 2
Excerpt from Suwannee County
Biography: George E. McClellan
Wellborn 'Lifers' - Past and Present
Oral History of Wellborn, Florida
Posted by Annie Nimity at 9:13:00 PM