Fall and winter are short seasons in Florida, and spring and summer often fill a solid nine - sometimes even ten - months of the year. In the warm (and hot) months, vegetation thrives and often smothers abandoned places in greenery. As we hurry from home to work to home in a rush to make it to our destination as fast as possible, we rarely notice the desolate vestiges of the past, sinking into nothingness behind the brambles. But in the short months of fall and winter, and even into the early days of spring when flowers begin to bloom but leaves have yet to burst forth, sometimes the remains of the past can be glimpsed through the naked trees - even as we speed hastily past. Winter didn't really arrive in Florida until January this year, and while we are not yet into March, spring has already sprung. Still, for those of you in north Florida at least, now is a good time to look closely at your surroundings. What bits of desolation lurk just out of site near you? The following photos were all taken within walking distance of my home. I had driven past two of these structures twice daily for nearly a good six months before the fall season thinned the woods enough for them to become visible. Look closely! Desolation is encroaching. 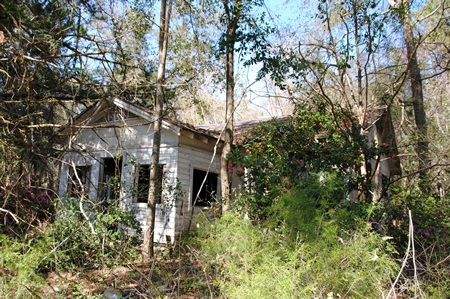 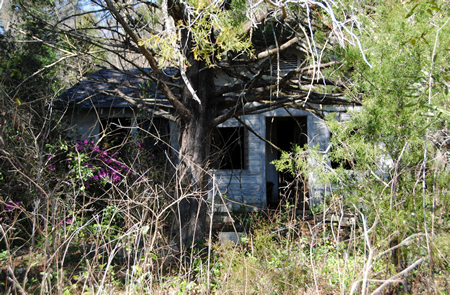 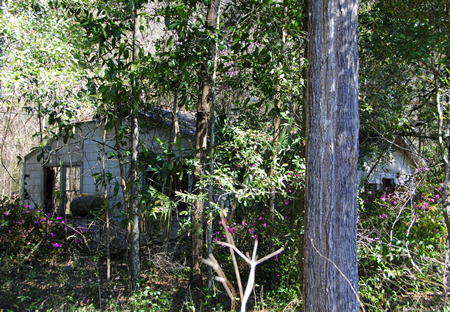 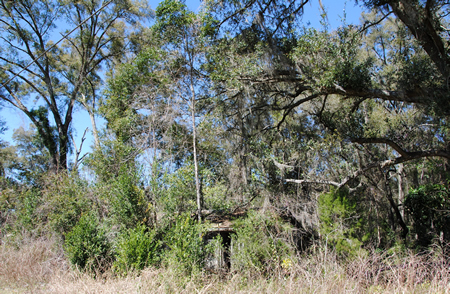 Can you see the remains of the house?


Meanwhile, this one sits directly behind a local shopping center: 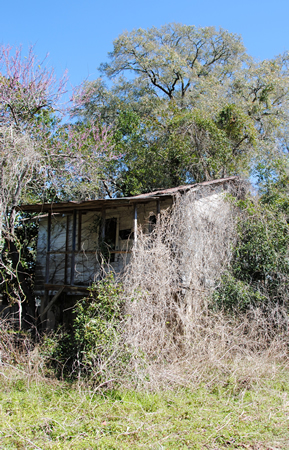 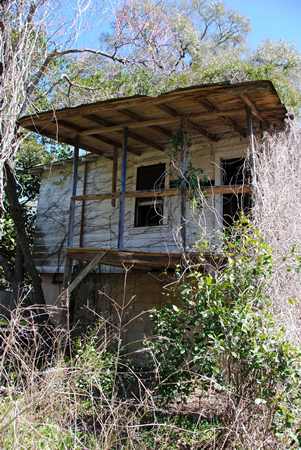 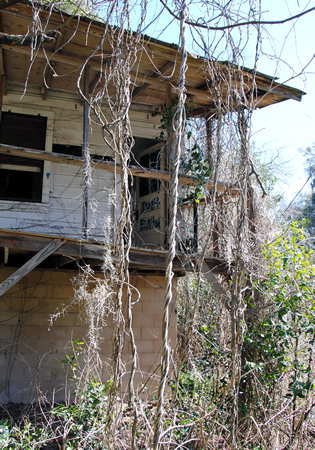 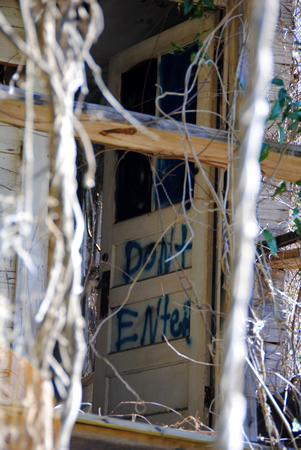 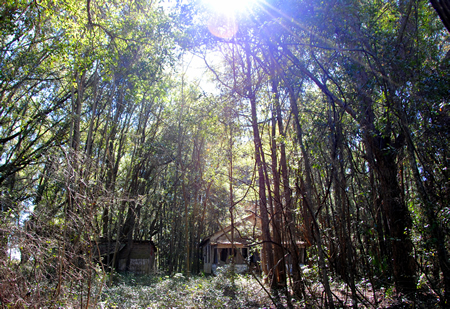