I have mentioned (far too often, probably) that I grew up in Columbia County, Florida. For those of you who might not know, Lake City is Columbia’s county seat, and by far the largest town in the county. (Granted, the city has a population of around 12,000, so “largest” is, of course, relative. As did many folks who grew up in the vicinity of Lake City, I knew that the town had once been called Alligator, named after the Seminole chief of the Seminole village which was once located where Lake City is now. The story goes that either the wife or the daughter (I’ve heard both) of the mayor of the town of Alligator was too embarrassed to live in a town named, well, Alligator, and she convinced him to change the name to Lake City. I’ve always thought Alligator made a far more interesting name than Lake City, to be honest.

There’s a road in Columbia County officially numbered County Road 131. All my life nearly everyone has referred to it not as 131, but as Tustenuggee. I remember asking my mother why it was called Tustenuggee, and being told that it was named after Chief Alligator, and that it was a Seminole word. I always assumed it meant alligator. I never learned much more about the early origins of the town of Alligator or its predecessor, the Seminole village, but this tidbit of local knowledge had certainly always stuck with me.

After I posted about the Columbia County stretch of Old Bellamy Road back in December 2015, one of my old school friends messaged me to suggest that the next time I was in the vicinity, I should check out the Tustenuggee United Methodist Church, located at the southern end of Tustenuggee (not far from Old Bellamy Road). She mentioned that not only was the church itself quite old, but that it had a very interesting cemetery – including the graves of Chief Tustenuggee and his braves. I am a sucker for old and interesting looking cemeteries, and the idea that a Seminole chief would be buried in a Methodist cemetery was just strange enough to motivate me to head back into Columbia County to take a look.

The Tustenuggee United Methodist Church itself was founded in 1845, although the current church structure was built in 1896 after the previous structure was destroyed by a storm. The brand new roof and white vinyl siding belie the age of the historic building; it’s hard to look at it and believe that it’s been around since 1896. 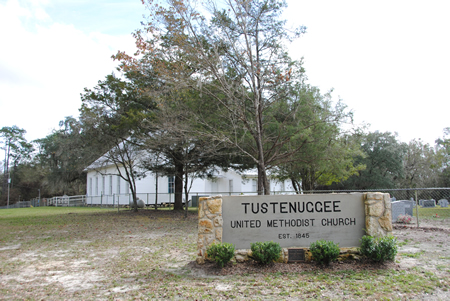 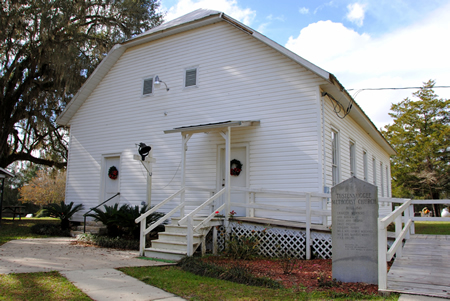 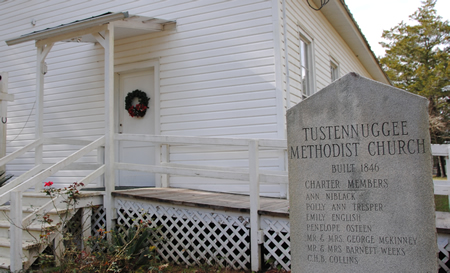 However, what is clearly not in doubt is the age of the cemetery. The oldest gravestone that I photographed dated from 1867, although there were quite a few stones that were broken or unreadable, as well as graves that were marked with nothing more than an outline of stones or moldering bricks. 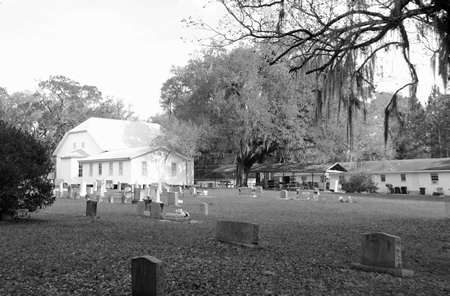 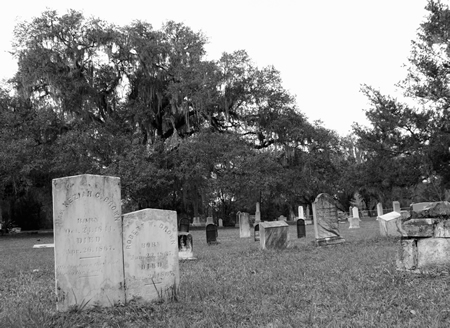 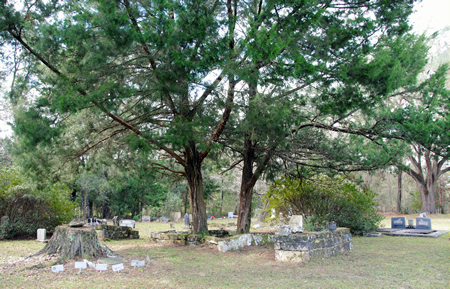 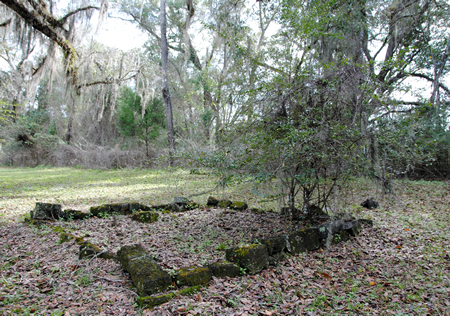 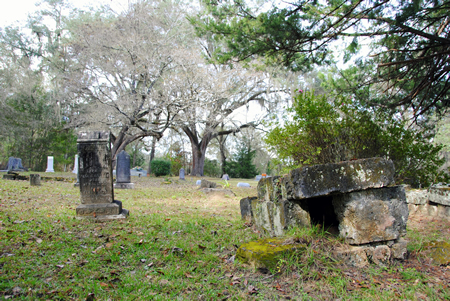 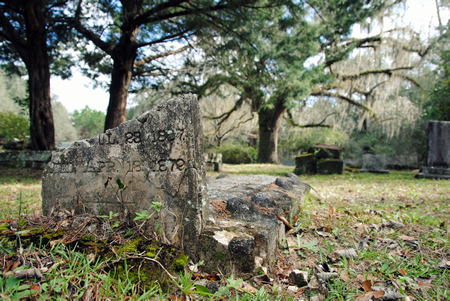 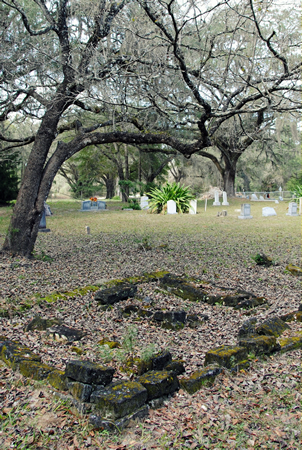 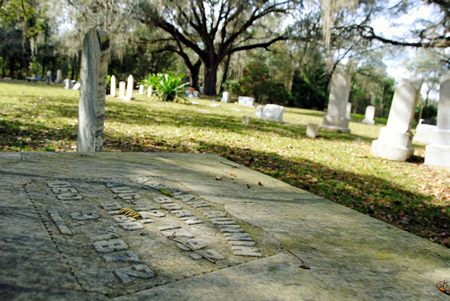 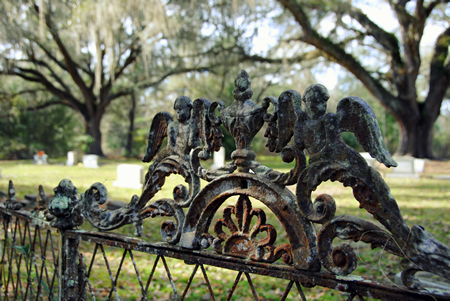 And then there was Chief Tustenuggee. I know I’d been told that I’d find his grave there, but I must admit that when I stumbled upon a stone which read In Memoriam Chief Tustenuggee And His Warriors, surrounded by nine metal placards reading Indian Braves Of Chief Tustenuggee, I may have uttered some words quite inappropriate for a cemetery. 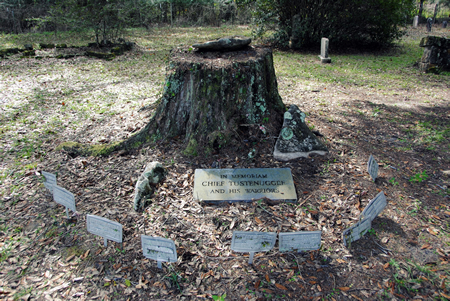 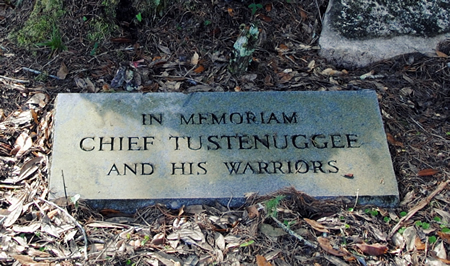 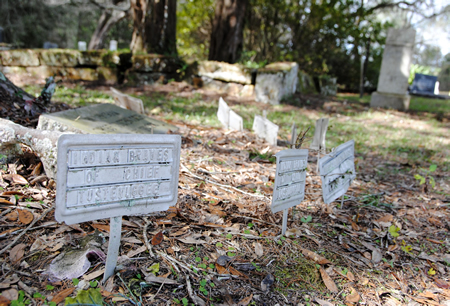 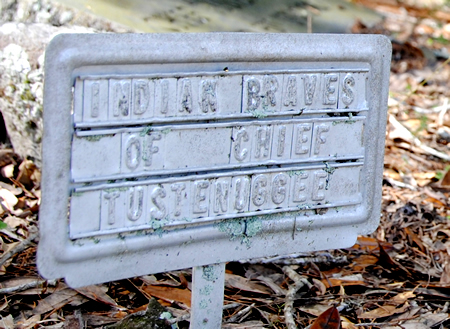 But… who was Seminole Chief Tustenuggee, and was he really buried at a Methodist church in southern Columbia County? Well, it seems that these are both questions to which there are no agreed-upon answers. I certainly haven’t been able to answer these questions to any degree of certainty, but here’s what I’ve been able to learn:

There likely were multiple Seminole leaders in Florida who went by the name Halpatter Tustenuggee (Hvlpvtv Tvstvnvke). It apparently translates to Alligator War Leader or Alligator Chief. As such, Tustenuggee may very well be less of a name and more of a title, meaning that any leader might have assumed such a title. As alligators remain prevalent in the state even to this day, one might be persuaded that Halpatter (or Hvlpvtv) could have been a common Seminole name. It’s easy to see how there could have been multiple Halpatter Tustenuggees in the state over the years. 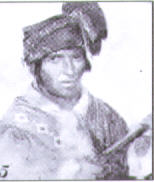 I've seen this image labeled as Chief Alligator many times in my life...
But which one is he?

Many locals disagree about whether or not Tustenuggee and/or any “indian braves” are actually buried in the cemetery. Some believe that he/they were indeed buried there, while others believe it is simply a memorial. Some locals believe that the area upon which the cemetery of the Tustenuggee United Methodist Church is located was once a Seminole burial ground, in which case there may have been a Tustenuggee or two buried there over the years prior to the establishment of the Methodist church.