Some Structures of Southern Bradford County

Bradford County is a small, rural north Florida county with a population of less than 27,000 county-wide. The county’s borders were defined in 1858, although at the time it was called New River County. In 1861 it was renamed Bradford County after Confederate General Richard Bradford. The few small communities of modern-day Bradford County are quite small: Brooker (pop. 338), Starke (pop. 5,500) and Lawtey (pop. 730), known mainly for being a speed-trap. (Seriously, here's a google image search for Lawtey speed trap!) On the one hand, a small, rural county such as Bradford should be ripe for Desolation Florida posts. On the other hand, much of the desolation revolves around farmland and the state prison, the former not being overly photogenic, and the latter, well, not something one can wander about taking photos of. I did, however, take a few photos of three interesting old structures in southern Bradford County last month. I do not know the history of any of these three properties; if any of you do, please share!

This first amazing old house is set rather a long way back from the road, and the following shots were taken with my zoom lens. (It is part of a property with a modern residence next to it. If I were a normal, social person, I would go ask about the history of this house, but as I am not, I simply stood on the side of the road and took photographs.) 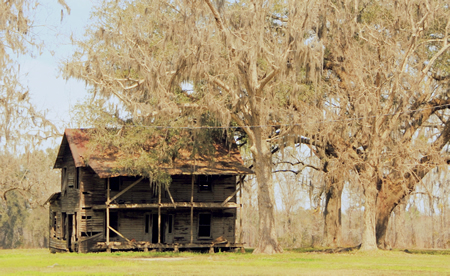 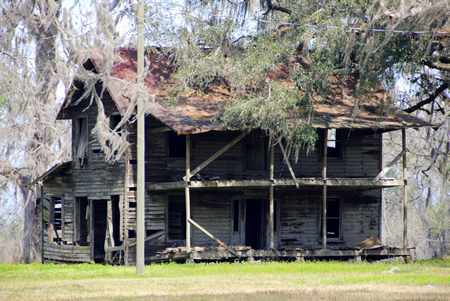 The following house is of a much more recent vintage than the previous one, (decades newer than my own home, even), although it is most definitely abandoned at the moment, and looks to have been that way for some time. I am in love with the large oak tree! 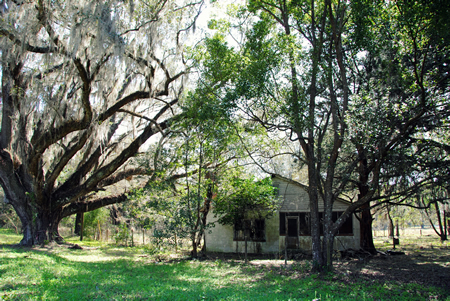 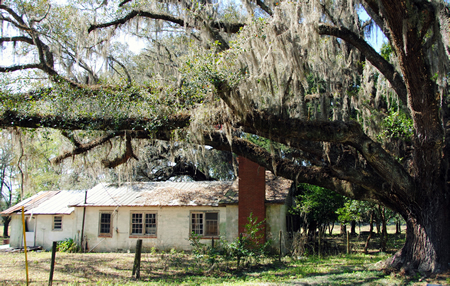 The following empty house is in the tiny community of Brooker, right along the main road. It is plastered with no trespassing signs, so I did not venture off the road/sidewalk. That being said, the owners of the house located next to it (not pictured) do not take kindly to their property being photographed, so if you're in the area, be forewarned. 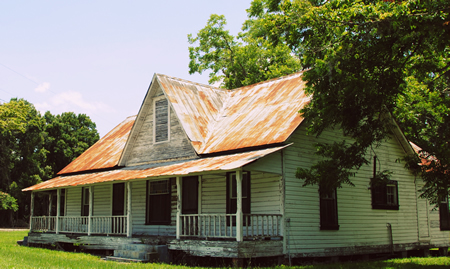 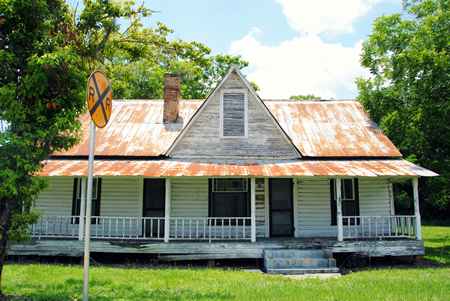