If you’re a fan of Desolation Florida AND a fan of cycling, you should check out Gravel Cyclist – a Florida-based site about riding gravel and dirt roads through many of the beautifully desolate corners of our state, the US, and the world. JOM, the driving force behind Gravel Cyclist, has brought many of the locations featured on this site to our attention – including the location of this post. So click on over to GravelCyclist.com and check him out!

In the late 1880s, the Georgia Southern and Florida Railroad constructed a line which began in Macon, GA and ran south, passing through Valdosta, GA as well as Lake City and Lake Butler in Florida before reaching its final destination in Palatka, FL. Over the years the line changed ownership multiple times, initially carrying both freight and passengers, but later dropping to freight only. The line was abandoned in the late 1980s. The state of Florida began working to turn the abandoned rail line into part of the Florida Rails-to-Trails network in 2000, with the trail opening in 2007. Currently, much of the former line between Palatka and Lake Butler has been converted into a paved cycling and hiking trail, although the conversion of the complete stretch to paved trail has not yet been completed. Further plans to extend the trail to St. Augustine to the northeast and Lake City to the northwest are being considered, although as yet nothing is in the works.

As much of the former rail line between Palatka and Lake Butler has been converted to a paved trail, little remains of the actual rail line. Florida Trailblazer has a great post on an abandoned trestle along the line on the border of Bradford and Union counties, as the path of the old rail line approaches Lake Butler which you can check out here. Last week, JOM of GravelCyclist took me to several desolate sites in Putnam County (in which the town of Palatka is located) last week, including an undeveloped portion of the abandoned rail line just to the northwest of Palatka where it crosses Rice Creek on a rickety old trestle. There’s not much one can say about an abandoned and decaying trestle, but as ever, pictures are worth far more than words. 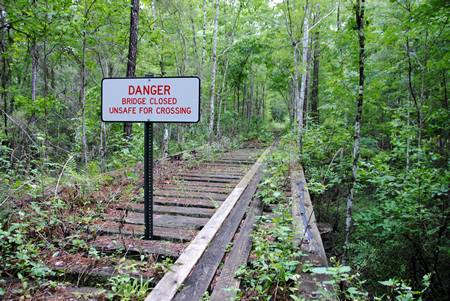 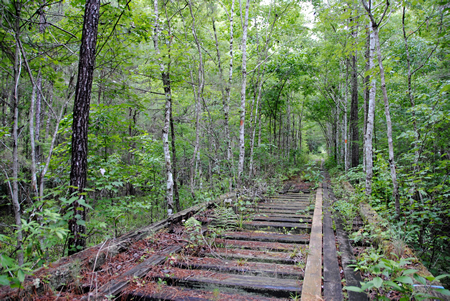 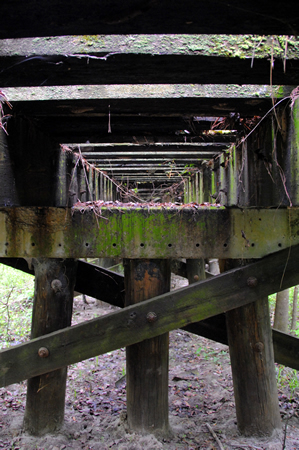 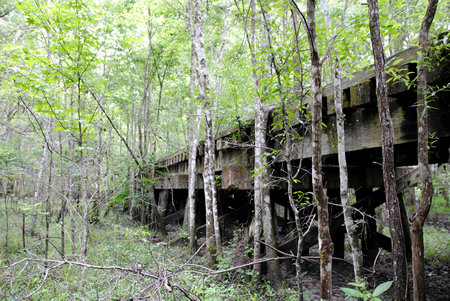 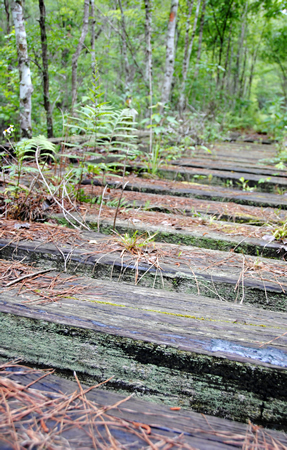 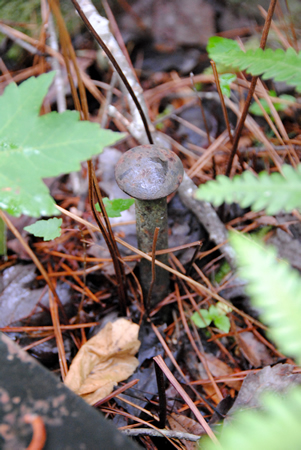 The rails themselves are long since gone, but some rail-spikes remain. 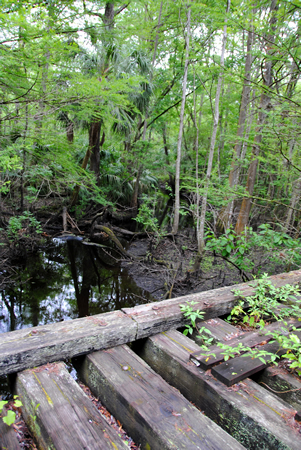 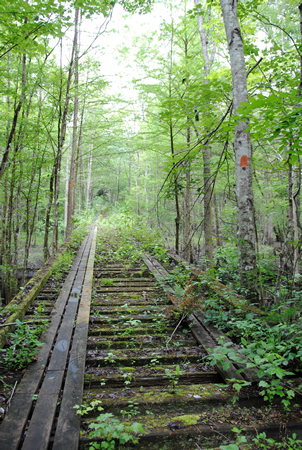 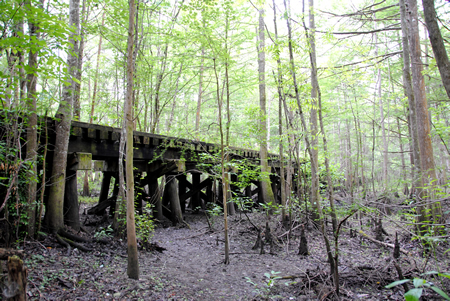 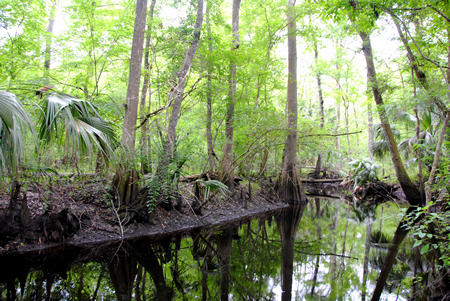 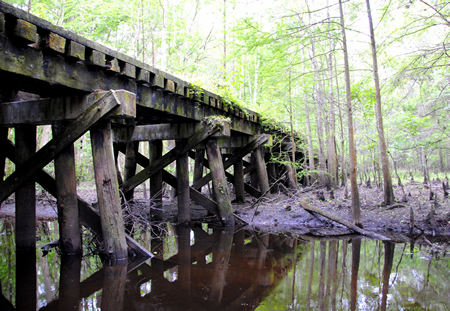 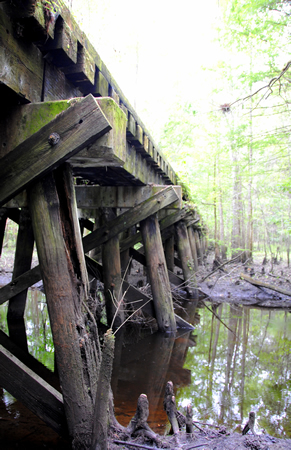 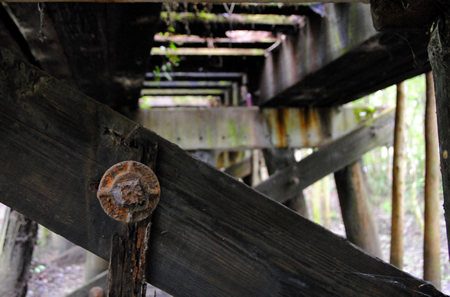 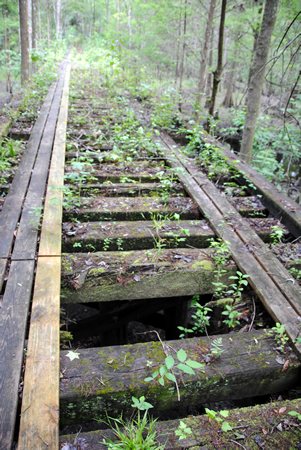 For more information on the Georgia Southern and Florida Railroad and the Palatka-Lake Butler State Trail, check out the following links: