Island Grove epitomizes the concept of Desolation Florida (even if, oddly enough, it is home to a winery). There is very little information available online about this community, and most of what I have learned came from the GhostTowns.com website. The community was established in 1882, in the center of an area of north-central Florida filled with swamps, rivers, and lakes. The reasonably dry and habitable area that became known as Island Grove was for a time accessible only by rail, hence its name. The town grew to over 400 residents, and who made a living mainly through farming and fishing. In its heyday, Island Grove boasted two churches, a school, a grocery, a post office, a Masonic Lodge, and a packing plant. Unfortunately, the only photograph I have been able to find of old Island Grove is of a farmer identified as Alfred E. Warden, standing in front of the biggest okra patch I have ever seen: 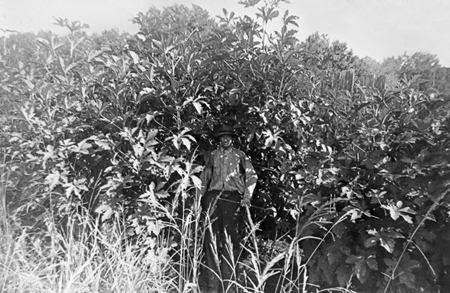 Alfred E. Warden in front of his okra in Island Grove, ca 1930 (source)

I do not know when or why the town fell into decline. Perhaps it is due to the fact that while it is located along Highway 301, it is far from any of the interstate highways. Perhaps it had to do with the decline of the railroad. Perhaps one of the major freezes did the agriculture-based community in. I do not know. Very little remains of Island Grove today. 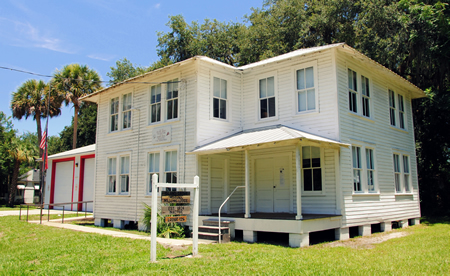 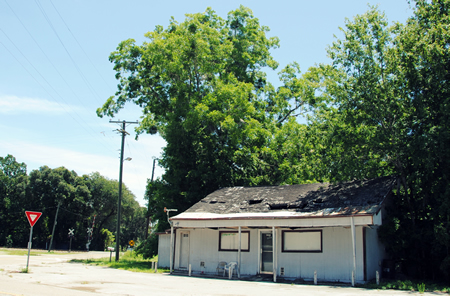 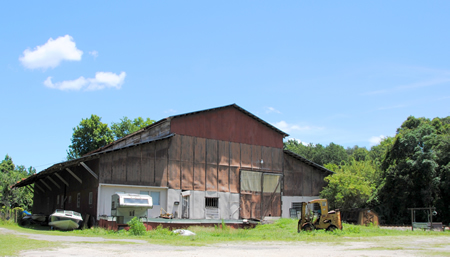 This was probably the packing plant, located along the rail line. 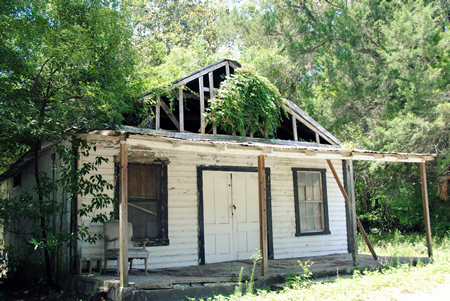 An even older abandoned store 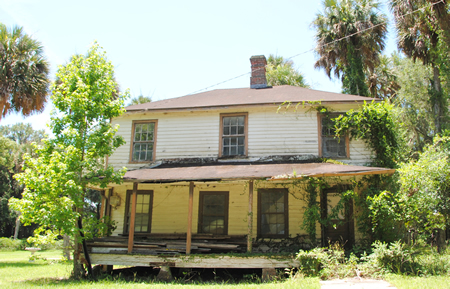 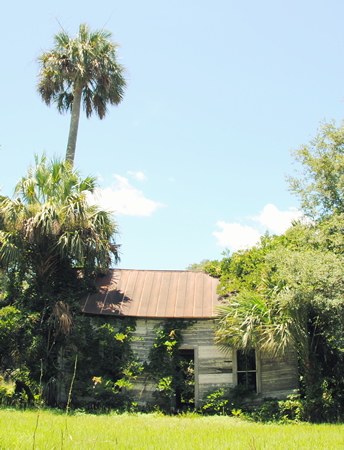 The old Methodist Church of Island Grove is by far its most photogenic structure: 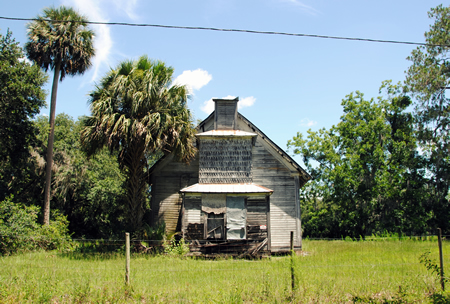 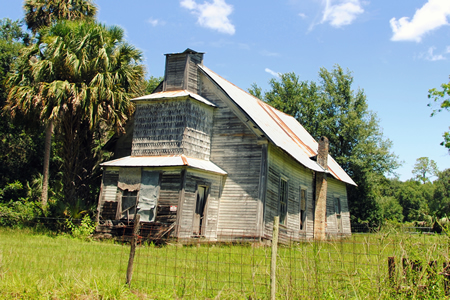 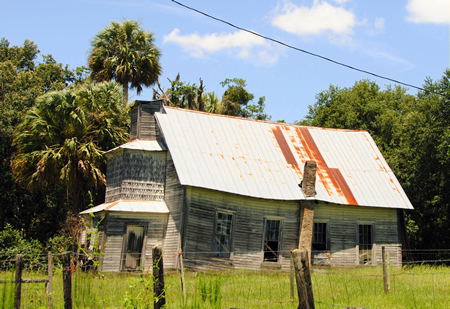 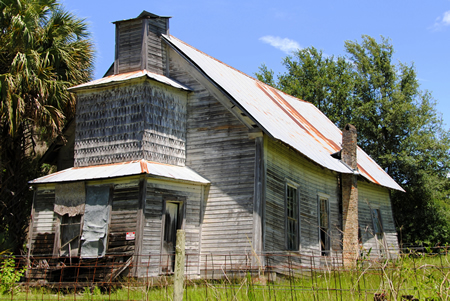 I feel like there should be more to the story of Island Grove, but that is all that I have.
Posted by Annie Nimity at 6:00:00 AM