During the last century, integration of schools across the country led to the shuttering of many smaller, segregated neighborhood schools, as counties consolidated education into larger, integrated locations. In theory, integration was supposed to begin in the mid-1950s, following the Supreme Court’s Brown v. the Board of Education ruling. However, as the ruling contained the rather oxymoronic instructions that desegregation was to proceed ‘with all deliberate speed’ areas within the deep south continued with racially segregated education for subsequent decades. As such, all-black schools were constructed in Florida, even in the post-Brown environment. It’s hard to find information on which schools existed where in Florida in the mid-twentieth century, especially for an armchair historian operating mainly with Google and word of mouth; however, I have located the desolate and dilapidated remains of two in Columbia County from that era – one for black students, and one for white.

I first learned about the existence of the Fort White Bethlehem School from comments I received on facebook after posting about the Columbia County stretch of the Old Bellamy Road – the modern remnants of which end just to the east of the town of Fort White. Several folks commented to mention that there had once been an all-black school in the area, located at the intersection of Legree and CR18. From what people have told me, the school was in operation as late as the mid-1960s, and was closed only when Columbia County finally desegregated its school system. The building that remains today was built in the 1950s. 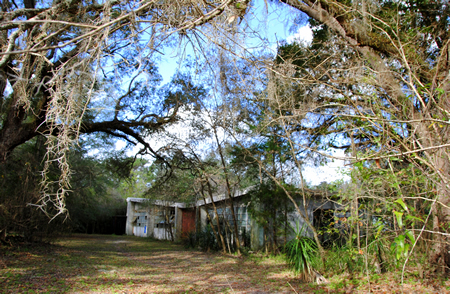 This was as close to the Fort White Bethlehem School as I could get. 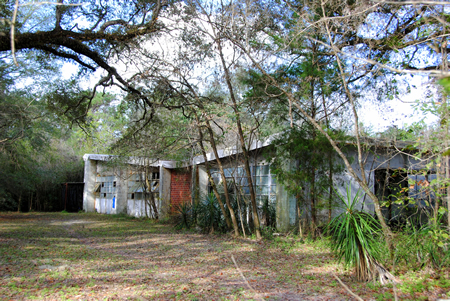 Shooting with the zoom lens a bit :-) 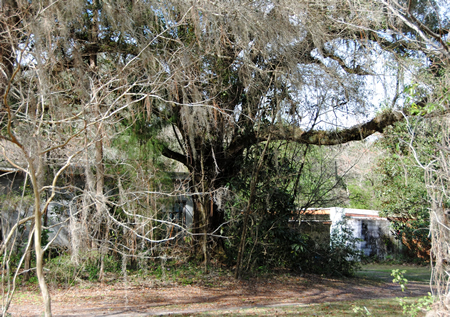 There is a second structure located behind the main school structure, which also appears to be part of the school. 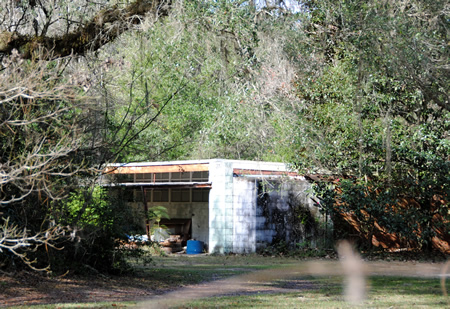 A closer look at the rear building, shot through my zoom lens. This construction resembles that of many of the wings at various Columbia County schools, and is clearly a later addition. 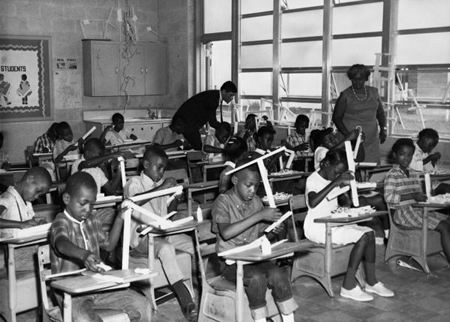 This shot is of the interior of an unidentified all-black school in Columbia County (from here). It may not be of the Fort White Bethlehem School, although it is of that era. 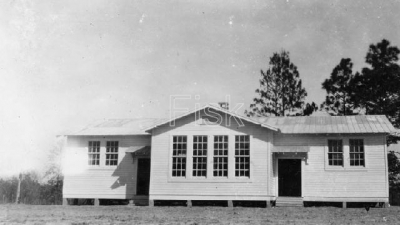 The remains of the 1950s Fort White Bethlehem School are easily seen from CR18 if you know where to look, although they are privately owned and securely fenced off to discourage exploration.

[A HUGE thank-you goes to Chad Cray for finding out the name of the school for me, and for telling me about Rosenwald schools!]

In contrast, Murray Hill School was an all-white school, locate to the north of Lake City along Hw 441. I learned of its existence after posting a picture of the remains of a convenience store and gas station built in the 1930s alongside 441 to a Lake City facebook group. Several people commented that they used to walk to the store after school let out at Murray Hill School. Several comments later, and I knew exactly where the school was located – at the intersection of Murray Hill road and 441 – although I was unable to learn when it was built or its years of operation. 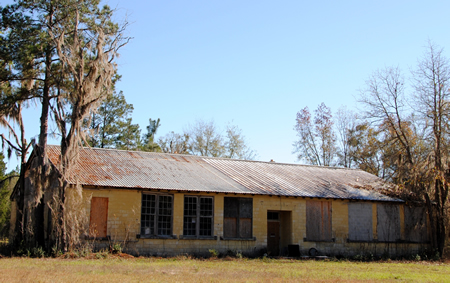 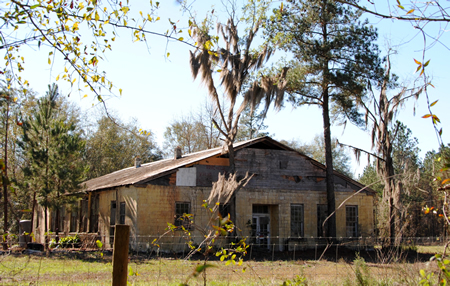 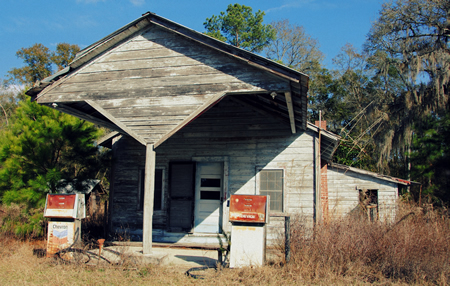 Convenience store and gas station built in the 1930s by the John Raleigh Hall family. Students from the Murray Hill School used to walk to this store after school.

The remains of the Murray Hill School, too, are easily seen from the road (441), although this building is also privately owned and securely fenced.
Posted by Annie Nimity at 4:18:00 PM