When strolling through the tiny north Florida town of Micanopy, it is clear that the town has a long history by Floridian standards, although just how long a history it has isn't quite so obvious to the casual visitor. According to Hernando De Soto (Spanish conquistador), a Timucuan village was located there in the 1530s, and William Bartram found a Seminole village in the area in the 1700s. The American village of Micanopy and its accompanying Fort Micanopy were established in the early 1800s, and were given the name Micanopy allegedly to placate a nearby Seminole/Miccosukee chief of the same name. The town was also the site of one of the Battle of Micanopy in the Second Seminole War. Early in its history, sugar and citrus were the main sources of income, but following the intense freeze of the winter of 1894, the focus turned to timber. As local timber supplies began to dwindle, the town began to decline. 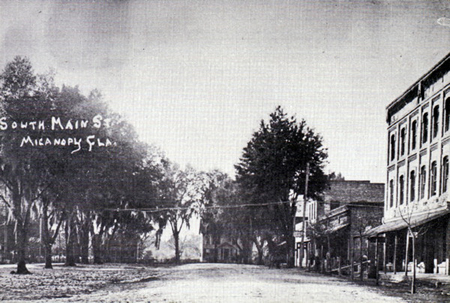 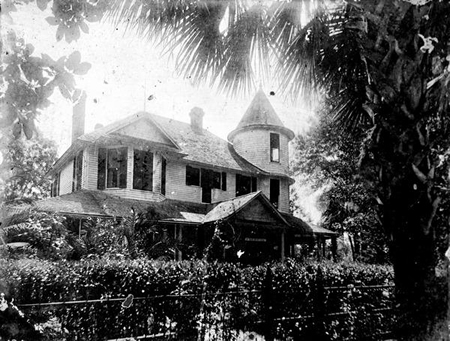 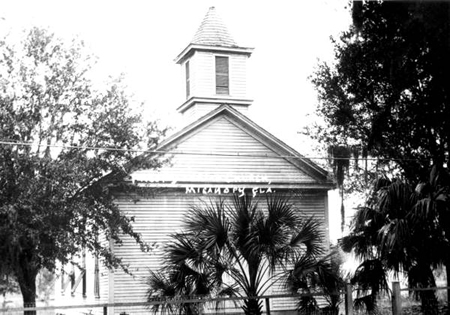 Presbyterian Church of the Mediator, 1915 (source)

Modern day Micanopy is not exactly desolate, although it isn't what one would consider booming either. Located in near the southern edge of Alachua County, Micanopy is home to around a thousand residents, a handful of cafes, and a successful string of antique stores. Despite not being located near a beach, amusement park, or other stereotypical Florida attraction, the quaint town of Micanopy has managed to thrive as a weekend or afternoon getaway destination, and it was even named one of the twelve cutest small towns in America by The Huffington Post. (Residents are quite proud of this, and there are signs bragging about this in nearly every single shop in town.) 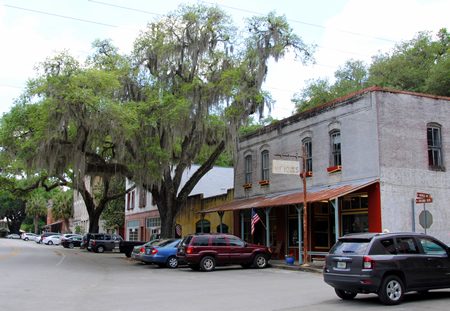 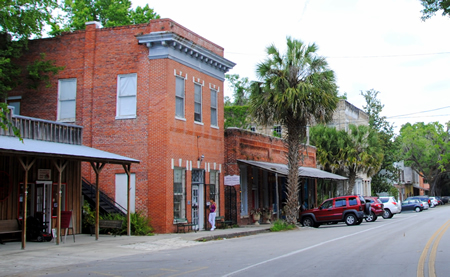 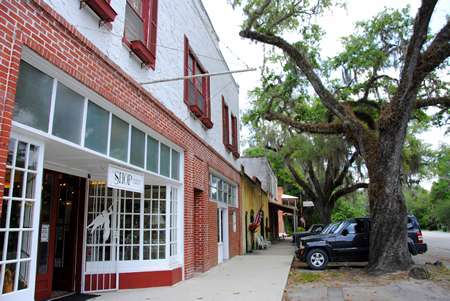 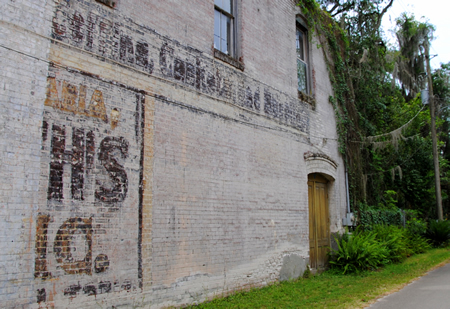 The text painted along the top reads "Coffins, Caskets, & Supplies" 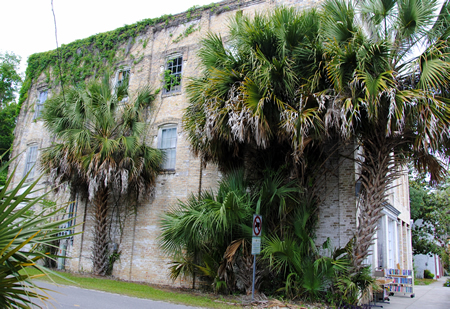 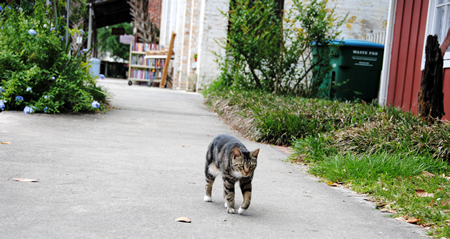 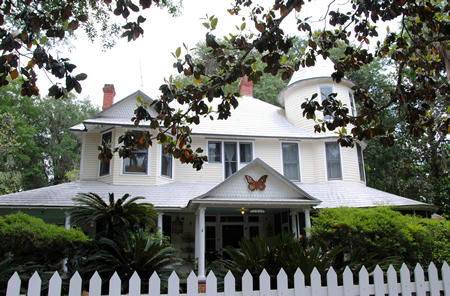 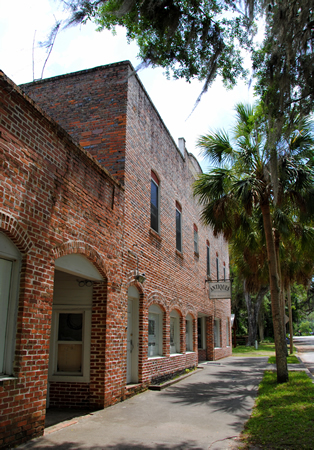 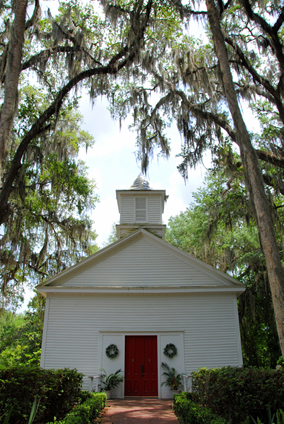 The former Presbyterian Church is now an Episcopal Church 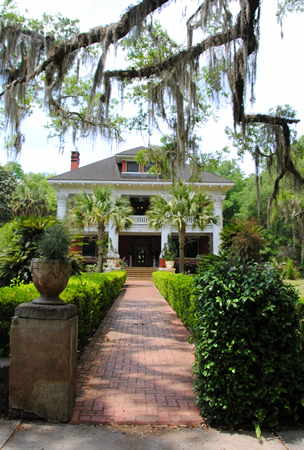 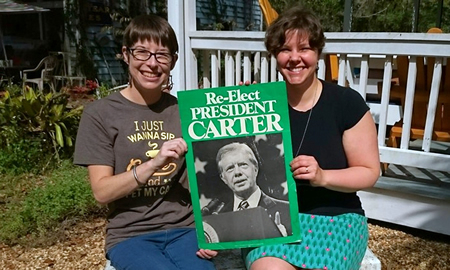 I visited with a friend back in April, and she purchased an amazing Jimmy Carter re-election poster at one of the antique shops. (I'm the one on the left.)

For more information:
The 12 Cutest Small Towns in America
Micanopy, FL: The Little Town that Time Forgot
Micanopy, FL (wikipedia)
Town Celebrates 176th Anniversary of the Battle of Micanopy
Welcome to the Town of Micanopy
Posted by Annie Nimity at 3:47:00 PM